Root canal treatment is an endodontic treatment recommended when the root of the tooth becomes infected through tooth decay or damaged by an injury to your mouth. This infection can spread through the root canal systems, including the nerves which carry the blood supply in the tooth. If the nerves become infected they will die and in turn so will the tooth. Once there is no blood supply to the tooth, it is at more risk of infection. This can lead to severe discomfort and abscess. If a root canal treatment is not carried out, the tooth may need to be taken out.

The early stages of root problems tend to go unnoticed that is why we actively encourage patients to do their regular check-up and ensure their is no hidden problem that can cause further and much more advanced issues.

How do I know if I need the treatment?

The root canal treatment might be performed if patients are experiencing pain or any discomfort in the pulp (the soft tissue of the tooth). If the pulp, which is made of nerves, blood vessels and tissues, is damaged you will need root canal treatment.

As we have an endodontist in-house, often patients are referred to us and are already aware of their existent root canal issue. There are various symptoms linked to potential root canal complications, such as, but not limited to continuous sensitivity to hot and cold or/and pain when chewing and biting. 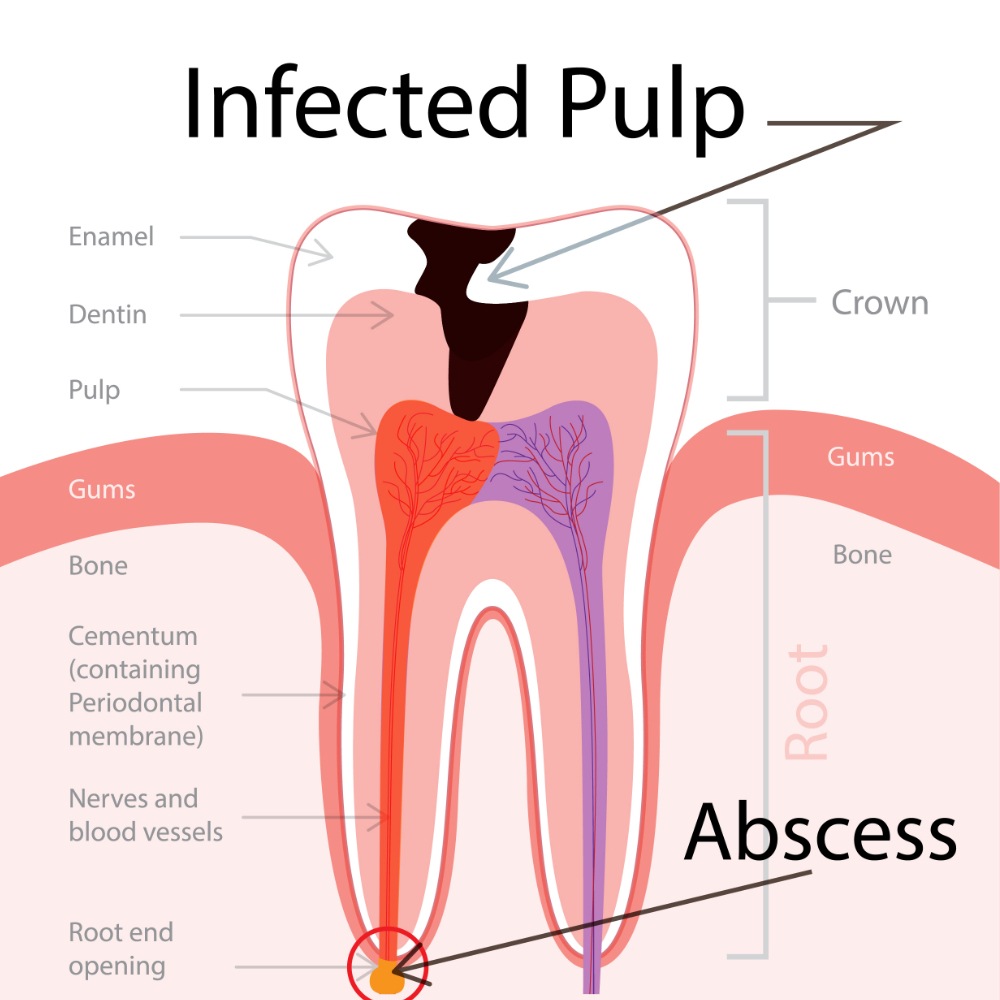 What does the treatment involve?

Our endodontist performs a root canal treatment to stop the infection from spreading and will preserve as much of your tooth as possible. The endodontist uses the latest techniques and advanced equipment such as Waterlase laser and microscope. You will receive a local anesthetic to ensure you do not feel pain or discomfort. The root is then cleaned and filled to prevent any further infection. A temporary filling is put in and the tooth is left to settle. The tooth is checked at a later visit and when all the infection has cleared out, the tooth is permanently filled.

The root canal treatment is a skilled and time-consuming procedure and most courses of treatment will involve two or more visits. On average, the root canal takes about 2 hours per tooth.
For nervous patient we provide sedation, your doctor will also ensure you are calm and informed throughout your treatment. Depending on your case the weakened tooth can be strengthened with the placement of a porcelain crown or a veneer. 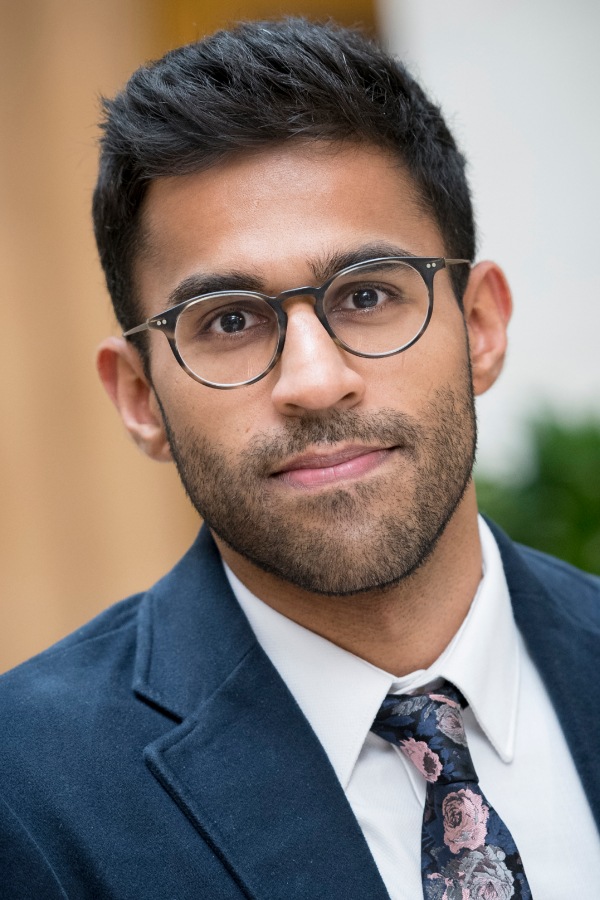 Kunal is a Specialist in the field of Endodontology (root canal treatment).

He graduated with Honours from Bart’s and The London; achieving a Distinction grade in all five years of study along with numerous awards and was a runner-up to the University of London Gold Medal. He has worked as the restorative Senior House Officer at the prestigious Eastman Dental Hospital and completed his Master’s degree in Endodontology; graduating with distinction. His research project, comparing the efficacy of three final rinse root canal irrigation regimens, was nominated for the Best UCL Master’s thesis and the ‘Dean’s Research Prize’. Following this, he joined the University College London teaching team for a subsequent five years and was the Deputy Director for the Endodontic Practice PG Diploma programme at the Eastman Dental Institute. He has lectured at numerous national conferences and continues to play an active role at the institute as a clinical supervisor for endodontic specialist trainees. Other prominent positions include being voted in as the Honorary Communications officer for the British Endodontic Society and having the honour of being awarded; “Best Young Dentist (South-East) 2020” at the Private Dentistry Awards.

Kunal has a keen interest in providing a patient-centred approach to his dentistry and recognises the importance in being able to talk to his patients and make them feel at ease; he will explain all treatment modalities and educate all his patients before starting treatment.

Outside of dentistry Kunal loves to spend time with his friends/family and is a keen sportsman. Kunal regularly attends lectures and conferences in order to learn about the latest clinical techniques so that he can enhance his patient’s treatment.

OFF INVISALIGN
Limited to 30 people only
Ends 31st January

This website uses cookies to improve your experience while you navigate through the website. Out of these, the cookies that are categorized as necessary are stored on your browser as they are essential for the working of basic functionalities of the website. We also use third-party cookies that help us analyze and understand how you use this website. These cookies will be stored in your browser only with your consent. You also have the option to opt-out of these cookies. But opting out of some of these cookies may affect your browsing experience.
Necessary Always Enabled
Necessary cookies are absolutely essential for the website to function properly. This category only includes cookies that ensures basic functionalities and security features of the website. These cookies do not store any personal information.
Non-necessary
Any cookies that may not be particularly necessary for the website to function and is used specifically to collect user personal data via analytics, ads, other embedded contents are termed as non-necessary cookies. It is mandatory to procure user consent prior to running these cookies on your website.
SAVE & ACCEPT
Go to Top