Our clinic specialises in private dental care offering preventative, restorative and cosmetic solutions. Dental Artistry is a modern practice in prime North London location. We ensure each patient has a positive experience via our unique and individual approach. We are committed to continually providing you with outstanding personalised treatment plans, high-quality diagnostics and state-of-the-art technology.

Dental Artistry is the clinic of choice for treatments such as California made porcelain veneers and crowns, metal-free dental implants, full jaw rehabilitation with no bone solutions, Waterlase laser gum disease treatment and many more. Our team has years of experience and exceptional know-how. We have dentists for every service we offer including: Cosmetic Doctors, Orthodontist, Periodontist, Endodontist and Hygienist.

It is our priority to ensure we utilise the latest equipment and provide patients with pain-free, fast healing and non-invasive treatments. Our extensive portfolio is ever growing with hundreds of smile makeovers, where not only smiles were changed but lives too.

We welcome you to start your unique journey too! 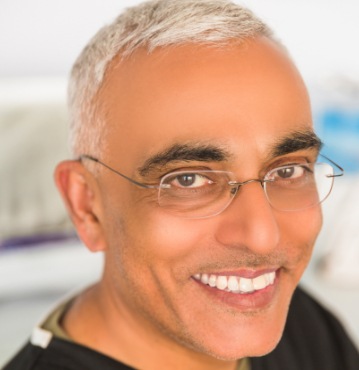 Dr Patel has an active interest in advance Dental Implant, Surgical Dentistry and Intravenous Sedation.
Dr Patel attained his Bachelor of Dental Surgery (BDS) back in 1984 from the University of Newcastle. Since then he has developed tremendously in the field, building a successful dental practice in Smiledent whilst also sharing his intuition with others in the various teaching roles that he undertakes. In the past he enjoyed being a part-time senior clinical teacher in the oral surgery department of Kings College London and a teaching fellow at Warwick University faculty of Dental Implants. He had also been appointed in the role of Programme Director for a vocational training scheme in London. 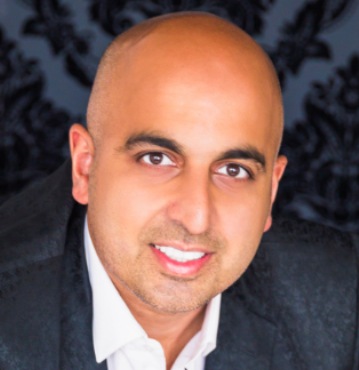 Dr. Aleem is a well-known cosmetic and restorative dentist. He is exceptionally qualified in Smile Design.
Dr Aleem qualified from Kings College London in 2003. He is a member of the AACD, the American Academy of Cosmetic Dentistry. He has furthered his understanding in occlusion and restorative dentistry by attending the renowned Pankey essentials continuum in Miami, USA. Dr Aleem is certified in restorative dentistry by the Eastmans Dental Institute. He has participated in aesthetic continuum at UCLA in Los Angeles California and was trained by leaders in the field of aesthetic dentistry. Dr Aleem has completed years of training in implant dentistry at the Tatum Institute, being trained by one of the pioneers of dental implants Dr Hilt Tatum.

Dr Aleem is currently undergoing PG Certificate in Orthodontics. Dr Aleem extensive background and years of professional practice resulted in his robust expertise and keen interested in Porcelain Veneers and Implantology. His portfolio features hundreds of smile-makeover cases of which most are non-preparation and non-cutting Porcelain Veneers. The majority of treatments he performs are complex, yet the challenging cases are his main specialty.

He practices by the principle of minimally invasive dentistry and patient comfort in modern surroundings. Committed to providing the best outcome for each patient, he only employs the latest techniques, materials and methods in dentistry. His patients come from all over the UK with many visiting from overseas specifically to get a treatment with Dr. Aleem. 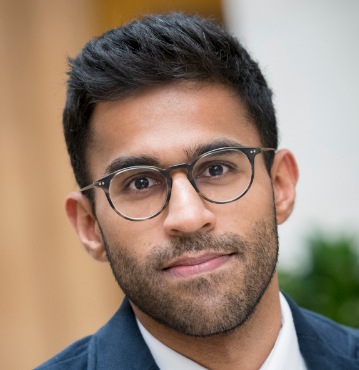 Kunal is the Deputy Director for the Endodontic Practice PG Diploma programme and Clinical Supervisor for Endodontic specialist trainees at the Eastman Dental Institute. He graduated with Honours from Bart’s and The London; achieving a Distinction grade in all five years of study along with numerous awards and was a runner-up to the University of London Gold Medal.

He has worked as the restorative Senior House Officer at the prestigious Eastman Dental Hospital and completed his Master’s degree in Endodontology; graduating with distinction. His research project, comparing the efficacy of three final rinse root canal irrigation regimens, was nominated to represent Endodontics for the Best UCL Master’s thesis and the ‘Dean’s Research Prize’.

Kunal is committed to  providing a patient-centred approach to his dentistry and recognises the importance in being able to talk to his patients and make them feel comfortable. Patients rest assured they are taken care by extremely qualified professional who is always informative about each step of the patient’s treatment. 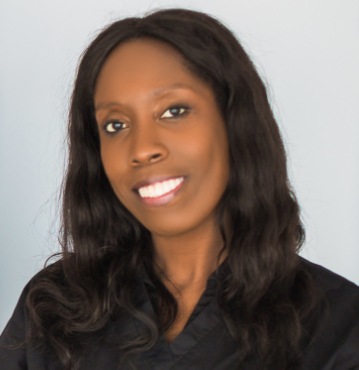 Dr Claudia Brown is a qualified dentist and registered Specialist Periodontist with the General Dental council. She worked as a Specialist Clinical teacher at Guy’s Dental school as well as in Oral surgery at Kings College Dental Hospital. As a Specialist Periodontist lecturing nationally and internationally to dental professionals, schools and communities globally including a charity that empowers young girls. She also examines postgraduate dentists for the Royal College of Surgeons of England nationally and internationally.

Claudia qualified from UMDS (Guy’s). Following that she carried out General Professional training (VT and honorary clinical assistantship posts in hospital oral surgery, restorative and orthodontic departments). She then undertook a series of hospital, community and general practice posts around the country achieving a broad-based experience in dentistry, surgery, sedation (SAAD-trained) and general anaesthesia.
She has attained the Membership of the Faculty of Dental Surgeons (MFDS) from the Royal College of surgeons of England, as well as Master of Science (MSc), Master of Clinical dentistry (MClin Dent) in Periodontology at Kings College London and Membership in Restorative dentistry (MRD) from the Royal College of Surgeons of Edinburgh with merit. Her MSc project was based on the association between periodontal disease and cardiovascular health-an investigation of circulating CRP in the peripheral blood of untreated periodontitis patients. This has led to her great interest in the association between oral and periodontal health.

During her time at Guy’s she achieved Stage 1 in learning and teaching in higher education.
As well as carrying out non-surgical and surgical periodontal treatment, she also places implants, uses diode laser and Waterlase and cone beam CT scanning as part of her periodontal management where appropriate.

Claudia was interviewed by Private Dentistry magazine two years ago. She has also recently contributed to a general health book for patients regarding oral health to be published in the UK and US and written various articles over the years. As a member of the African and Caribbean Dental Association (ACDA), she was part of the team that went to 10 Downing Street and discussed the importance of improving patient access to dentistry and the association between periodontal health and general health. Global health is paramount. She has also appeared in a television advert promoting vitamin supplement sprays that was aired in the US.

Claudia loves to travel and is an advocate for the less fortunate/vulnerable. She has a keen interest in voluntary work especially involving the homeless (soup kitchens/ medical van in London) and the elderly. She has undertaken dental voluntary work/health education in rural Uganda and Kenya, Crisis at Christmas and participated in race for life on a few occasions. She is currently organising a dental voluntary trip to Jamaica next year. 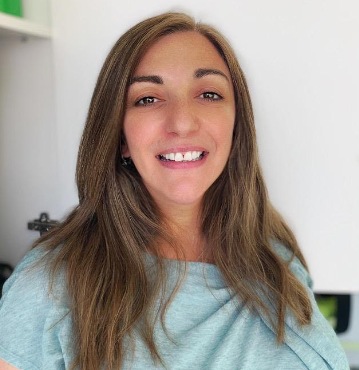 Dr Christina Evaghoras was educated locally before studying dentistry at Guy’s Hospital. Christina qualified as a dentist in 1997. In the year that followed she worked at Guy’s gaining further experience in maxillofacial surgery, children’s dentistry and oral Medicine. A year in general practice was then followed by further experience in surgery and orthodontics. Christina’s passion for orthodontics earned her a place on the specialist training course at Guy’s Hospital.

She completed her Masters in Orthodontics from the University of London in 2003, and in 2004 gained the Membership in Orthodontics from the Royal College of Surgeons of England. Since then Christina has worked in a specialist practice, providing orthodontic care to both children and adults. A number of years working with children with special needs and anxiety in a dedicated clinic have further enhanced her skills.

Christina aims to provide the best results for her patients, whether their problems are simple or complex. Adults and children alike are treated with up to date, evidence based orthodontics, including “invisible” or ceramic braces when appropriate. 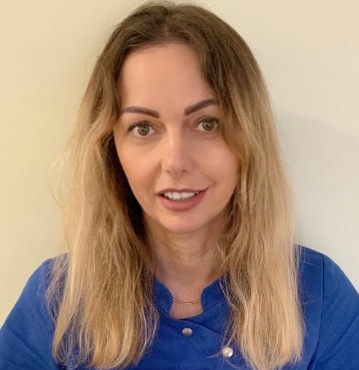 Beata graduated from the University Of Technology in Poland with a Masters’s Degree in Marketing & Management in 2002. After a period of working in this field in Poland, she decided to pursue her keen interest in Dentistry and then she qualified as a dental hygienist from the University of Opole in 2014. Ever since then Beata has been actively practicing hygiene treatments in specialist private practices. Beata enjoys working with all our patients to help improve their oral hygiene and smile.

She believes that active communication with her patients is the most effective way to help them achieve excellent oral hygiene. She is passionate to listen to her patients’ concerns and to find a solution that fit their lifestyle. She is very professional and experienced in hygiene, dedicated to provide patients’ comfort during her procedures.

Beata has developed excellent skills in her field and always ensures she used the latest equipment and systems to perform general hygiene and Airflow Polish. 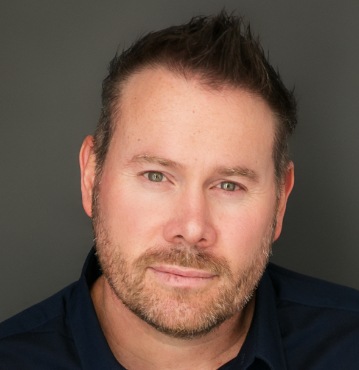 Craig Galbraith is one of the only 37 ceramist in the world accredited by the American Academy of Cosmetic Dentistry. Craig is also the owner of the high-end laboratory Morphology Dental Studios based in California, US. He specialises in customised large cosmetic and smile design cases, from a single unit to full mouth restoration and managing occlusion and aesthetics.

Behind the striking skills there are numerous achievements highly respected in the industry. Throughout the years, Craig has been attending renowned conferences and lectures. He has even published articles in IDT magazine and lectured courses for DaVinci on minimal-prep and non-prep cosmetic cases.

He has extensive practical experience of 21 years in smile design, occlusion and complex cases. This plays a vital role in achieving a superior quality that meets the stringent requirements of the most demanding cases and clinicians. Craig combines his passion for artistry and attention to detail with the finest materials to create high quality dental restorations. His hand-crafted ceramic work includes crowns, veneers, onlays, implant crowns, and full mouth reconstructions. The ceramist to the stars shares:‘’ Dental Technology has always been my passion. To strive everyday to emulate nature, to always look at improving and to continue to educate and learn.’’

Craig is extremely qualified, master ceramist who selectively partners with clinics and dentists globally. Dr Sheraz Aleem in London is the only dentist in the UK who has the pleasure to work with him. To find out more about Craig, please visit: morphologydentalstudio.com

TO BOOK YOUR APPOINTMENT OR SEND AN ENQUIRY, PLEASE FILL THE FORM BELOW:

This website uses cookies to improve your experience while you navigate through the website. Out of these, the cookies that are categorized as necessary are stored on your browser as they are essential for the working of basic functionalities of the website. We also use third-party cookies that help us analyze and understand how you use this website. These cookies will be stored in your browser only with your consent. You also have the option to opt-out of these cookies. But opting out of some of these cookies may affect your browsing experience.
Necessary Always Enabled

Any cookies that may not be particularly necessary for the website to function and is used specifically to collect user personal data via analytics, ads, other embedded contents are termed as non-necessary cookies. It is mandatory to procure user consent prior to running these cookies on your website.